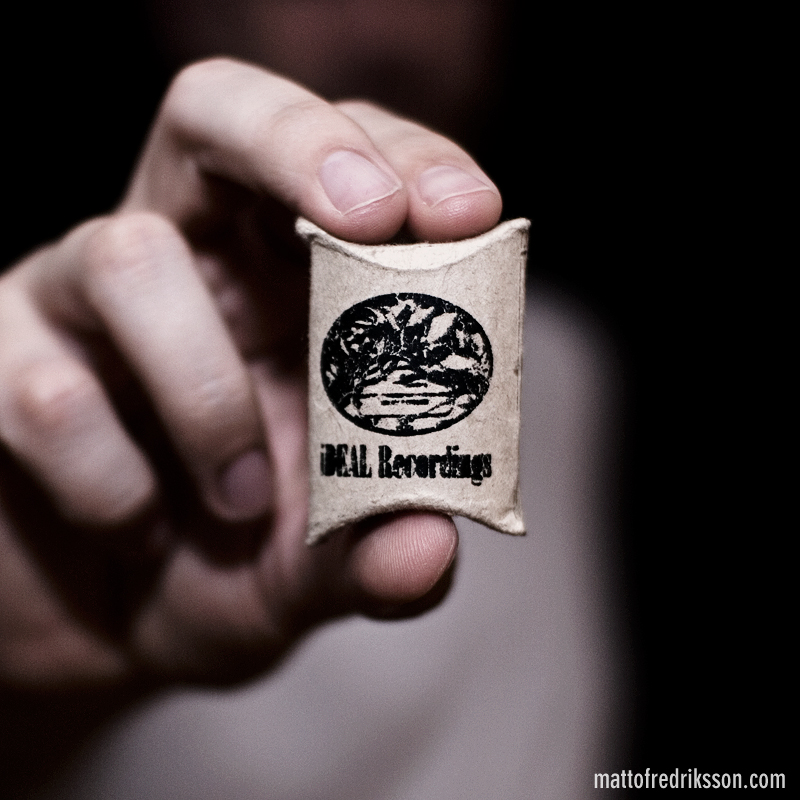 Earplugs? Uhm, yeah. Or memories of shows I’ve been to. Even if some there’s just fragments of memories left of some of them.

I think these earplugs may have been from that show with Kid Commando, Trapdoor Fucking Exit and a norwegian band at Kid Commandos rehearsal space. The norwegian band was two guys with a drum machine. One of the guys played guitar, while the other sang and occasionally “played” a inflatable saxophone.

But more likely, I got them at a Arab on Radar show.

Never used them, though.